This is the height
of the last
and most
glorious ravage,
A ravage which has had
no precursors, as it can have
no successors.
For I am really
Alone.
—Isabella Bird, letter from Hawaii, 1872

The title “Veta” is taken from Austrian traveler Ida Pfeiffer’s account of a Peruvian word for an ecstatic mindstate due to high altitude.

No man now
ever says
of any difficult thing,
that I could not do it.
(Keep free from false ties; they are the curse of life.)

I am doing
what a woman
can hardly ever do,
leading a life
fit to recruit a man.

And I can fall,
I can fall into anything.
I need make no plans.
—Isabella Bird, letter from Hawaii, 1872

Isabella Bird was very proud of her horsemanship, and lived to flout men’s expectations of her abilities. In that same spirit, the film takes as its inspiration the exploits of Annie Londonderry, an enterprising young immigrant in Boston who rode a bicycle around the world in 1895—to prove what women were physically and mentally capable of, and make a few bucks along the way. Paying her way with lectures and an aggressive self-styled media campaign, Londonderry headed across the Atlantic, through Europe and Asia, arriving in San Francisco by ship, and rode east and then south to Los Angeles, passing through Tracy, Stockton, San Jose, Salinas, Paso Robles, and Santa Barbara on the way. As a cycling enthusiast, Alfonso was particularly interested in Londonderry’s long ride down the West Coast. 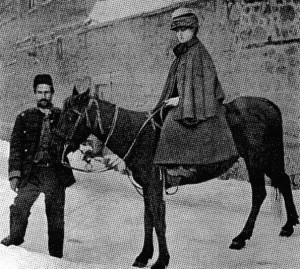 Isabella Bird, who literally fell ill whenever she returned home to the British Isles of her birth, wrote vividly and candidly of her travels to Hawaii, Australia, the Colorado Rockies, Asia and the Middle East. While living in Hawaii in 1872, she designed her own riding outfit to enable her to (respectably) ride astride, sparing herself the back pain of riding side saddle, as was the convention for women in Europe. One of her first Hawaiian adventures culminated in a semi-mystical experience at the summit of Mauna Loa, the largest volcano in the world. 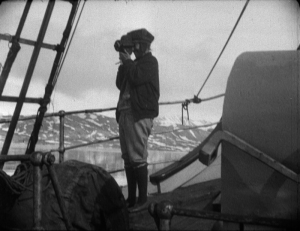 A trip to the Louise Arner Boyd archive in Marin uncovered a journal of field notes, in Boyd’s hand, with sketches and descriptions of plants she had discovered on expeditions to the Arctic Circle. The Master Gardener (Janis) and lapsed biologist (Lisa) couldn’t resist…the music and video explore the scientist/collector’s coveting of the specimen, the sensual quality of the Latin scientific names, the sensory delight of communing with the textures and colors of the natural world.

You notice a peculiar smell—
(that’s the breath of the malarial mud, laden with fever).
Chances are— you will be down tomorrow.

Finally, crawling up the side of the ship–
to come on board, and leave its cloak of moisture–
that grows green mildew in a few hours over all.
—Mary Kingsley, Travels in West Africa, 1897

Mary Kingsley was famously proper, and also famously deadpan in the face of outrageous perils and discomforts, shaking off near-death run-ins with crocodiles, leopards, and all kinds of horrifying insect-borne diseases, soldiering on through unnavigable jungle terrain in the name of science and knowledge. Kingsley was way ahead of her time in trying to understand and represent the religious rituals, cultural practices and medicine of indigenous people, on their own terms. The music and animation pay tribute to her tireless energy and insatiable curiosity as a citizen scientist and ever-pragmatic explorer, drawn from her own accounts of her ethnographic and scientific work in West Africa.

The Americans Annie Smith Peck and Fanny Bullock Workman were powerhouse mountaineers, accomplished authors and influential suffragists at the turn of the 20th Century. In their writings they extolled the potential of the New Woman, and lived to demonstrate women’s capabilities as athletes—yet the two of them waged the most petty, backstabbing rivalry as they competed for the women’s world mountaineering record. The music and lyrics are inspired by Peck and Bullock’s heated correspondence in the pages of Scientific American in 1910. The animation follows Peck’s mountaineering adventures in the Peruvian Andes, including her account (later disputed by Bullock) of what she believed to be a record-setting ascent up the north summit of Mt. Huascarán. The title “Soroche” refers to a South American term for altitude sickness.

VII. FOR THE DUSKY MOURNER 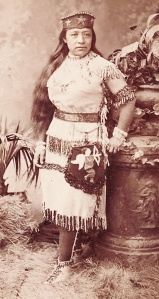 If we had stayed there,
it would have been only to starve.
If pains were taken, they would willingly…
If they could be made to believe…
If this is the civilization awaiting us, God grant that
We may never have to go.
—Sarah Winnemucca, from a letter to the Commissioner of Indian Affairs, Nevada, 1870

Everywhere, I encounter moral anguish.
Everywhere, proceeded from the prejudice that
sets man against Providence.
And I rage at the slow progress of human reason.
—Flora Tristan, Peregrinations of a Pariah, 1833

The music and images for this piece reflect on the indigenous people on the other side of the Colonial system that made these Western women’s travels possible—the people who were already there, the land they already inhabited. Sarah Winnemucca was a Paiute woman who grew up in Western Nevada and San Jose, and in 1879 lectured in the Bay Area on the treatment of indigenous Americans by the U.S. Indian Service. She wrote eloquently and movingly about her people’s plight; these lyrics are drawn from a handwritten letter found in the Bancroft Library at UC Berkeley.

“My films were shot in the Paiute Indian Reservation at Pyramid Lake in the State of Nevada. The oldest petroglyphs in North America were found here (>10,000 years old). This region is steeped in the more recent histories of the indigenous peoples of the area, the encroachment of white settlers and miners, and the battles between them. I hope that the images are able to convey the sense of awe that the lake and landscape gave me, and also a sense of respect for those who died there defending their way of life as well as the people who remain there keeping that history alive.” (KS)

At a time when most Victorian women were content to mind the exotic plants in their domestic orangeries, English botanist and illustrator Marianne North traveled the world, making hundreds of paintings and generally having a ball tracking down rare specimens and communing with fellow plant lovers in their natural habitats. The animation depicts North’s adventures painting in Rio de Janiero and the Brazilian Highlands in 1872.

IX. SHUT OUT THE SUN 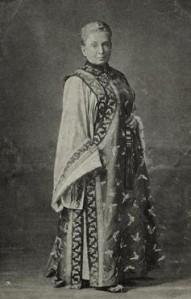 At the Louise Arner Boyd archive in Marin, boxes and boxes of expedition materials, shopping and equipment lists, photos, correspondence with scientists and ship captains, and receipts detailing some serious expenditures, paint a picture of a methodical, charismatic and indefatigable woman who went after what she wanted.

“I was initially attracted to research the Arctic explorer (and Marin heiress) Louise Arner Boyd when Lisa sent me a link to a film Boyd shot during one of her expeditions. The existence of archival footage contemporaneous to hervoyages in the early 20th century piqued my interest, as did my view of her as a woman who sought control over her own destiny. Having the privilege of making my own research trip to the Norwegian Arctic Region 27 years ago, I was eager to see what Boyd had shot 60 years prior to my own trip. To my delight, the textures of film materials separated by many decades, reverberated with inherent resemblances. Her thousands of feet of film and more than 700 photographs of the Arctic region are garnering increased interest today, as scientists compare the conditions she recorded with ongoing alterations influenced by climate change.” (JCL) 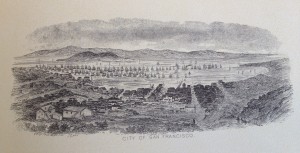 The redwood trees are all about those hills…some were fifteen feet in diameter and nearly three hundred feet high. They were gradually sawing them up for firewood, and the tree would soon be extinct. It is timber so hard that it sinks in water, and no worm can eat it there. It is invaluable for many purposes, and it broke one’s heart to think of
man, the civiliser, wasting treasures in a few years to which savages and animals had no harm for centuries.
—Marianne North, Recollections of a Happy Life, 1892

San Francisco is unanimously declared
the City of Wonders,
and there are, indeed,
only two forces
capable of effecting such wonders–
gold and despotism.

Much social recreation
is going on at San Francisco,
and whoever likes
that sort of amusement
may certainly pass every evening
in public and private circles,
and get more invitations
than he can accept.

The superfluity of money
in San Francisco is so great,
and the prices so high,
that no copper money is in use at all,
and the people have no wish
that there should be.
I knew too well
that the place was excessively dear,
and more adapted for merchants
than for travelers,
whose purses are always being emptied
and never filled.
—Ida Pfeiffer, A Lady’s Second Journey Round the World, 1855

Do not feel anxious
about me.
Some higher power
leads me through
strange, dark, thorny
paths.
Broken at times
by glades that open down into
prospects of
sunny beauty.
—Margaret Fuller in Italy, 1852

The music and imagery for this piece were created as a layered collage to evoke the wild, ribald, irreverent, extravagant chaos that was San Francisco and its environs during the Gold Rush. Accounts in the 1850s-70s by European visitors Ida Pfeiffer and Marianne North, and American women such as Dame Shirley, who reported on life in the mining towns, remind us that the city’s earliest history as the nation’s westernmost outpost of prosperity, was always fraught with economic, environmental, and moral hazards. It appears Frau Pfeiffer was not impressed! The images of Gold Rush scenes are from John Weiss’ collection of “pictorial letter sheets,” letterwriting stationery that survives as the major visual account of California in that era.